The alarm clock was set to 03:10 this morning, so I could catch the Transit of Venus. When I went to bed last night, the sky was clear, and it looked promising.

There were a lot of people already there when I arrived, and telescopes and cameras were set up. 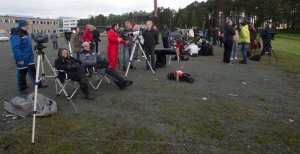 However, at around 4:30, there was a breakthrough in the clouds, and I got this image:

As this only lasted for a very short time, people gathered around my camera, to look at the photo, and some of them took a photo of the camera screen with their iPhone 🙂

Around 6, a lot of people gave up and left, and missed the best part of the show. At 6:20 the sky opened again and lasted to the end of the transit, with only some scattered clouds. Some lucky people arrived just a few minutes before, and everybody got to see the transit in the telescopes.

Below are some more photos. 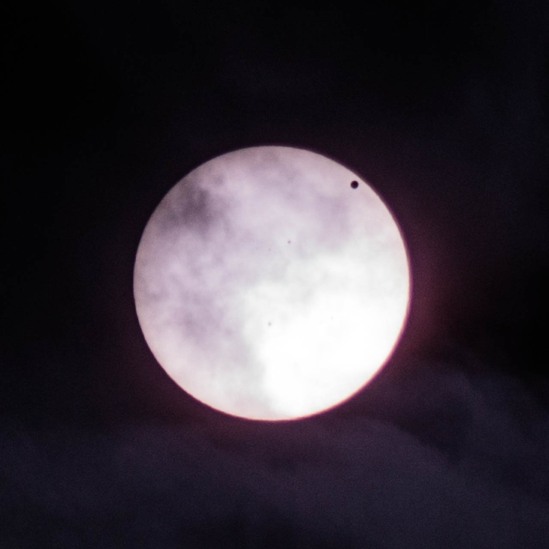 And here is one of my last photos, as Venus is leaving the transit. 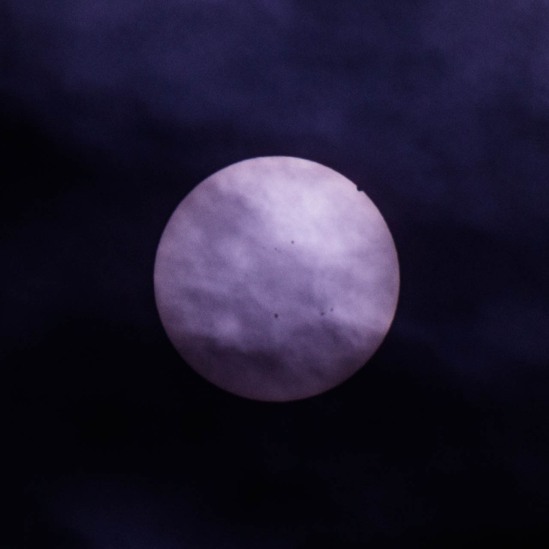 And here is a photo of me taken by Wenche Aune.